Our team has arrived in the cyclone affected zone in Madagascar. The main road from the capital has had over a hundred landslides and thousands of people are clearing debris. Peter, Tantely, and James are now pushing north from Moramanga towards Ambatondrazaka on Lac Alaotra an area we understand was badly affected by the cyclone and the deluge of rain it dropped.

As of this morning our emergency appeal has raised over £12,000 towards our target of £25,000. We are incredibly grateful to everyone who has given – we will give you more details of how your money will be used to help those in desperate need in the coming days once we have completed the initial survey. We are doing all we can as quickly as we can – Thank you for supporting . 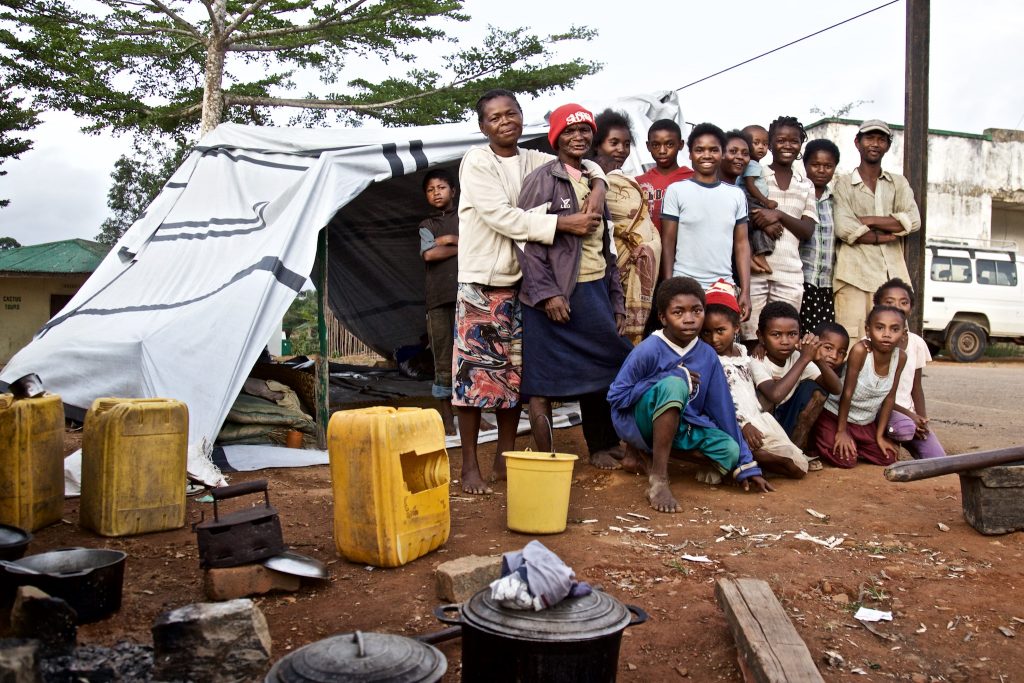 Tourists travel thousands of miles to Andasibe, waiting and watching in the hope of catching a glimpse of the National Park’s most famous resident. But the Indri lemur is a familiar sight for local mother of four, Christine and it is not the reason she waited and watched the Andasibe landscape from sunrise to sunset on Thursday 9th March.

One week ago the water level in Christine’s village rose over 5 meters as Cyclone Enawo dropped 30 cm of water on its path of destruction over eastern Madagascar.
At 1 in the morning the river breached its banks and began to swell up the sides of the small hill on which Christine’s family had built their house. The children slept through the downpour while their parents watched the encroaching torrent. Within 20 minutes the flood had reached the door. Christine and her husband realising the water would not stop, seized their children and fled for high ground.

The dawn light illuminated a strange new world. A vast lake spread across the valley, its surface punctuated by rooftops and the canopies of trees. Christine and her family sat on a hill as the flood gradually receded. They watched the spot where they knew their house stood. They waited for the murky water to reveal a trace of their palm thatched roof. 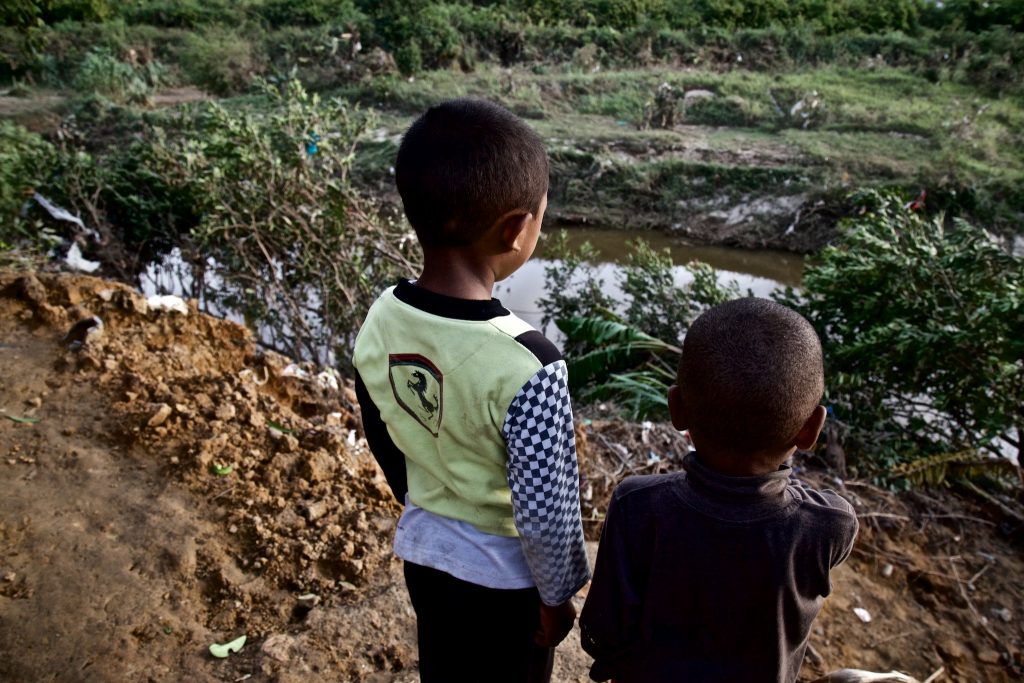 I ask Christine “why?”. She simply replies “Because we have no choice”.

I speak with Christine on the same hill she watched from that morning after the cyclone. We sit beside a tarpaulin she shares with 4 other families whose houses and possessions – like hers – were taken by Cyclone Enawo. In Christine’s case, barely a timber remains where her, her husband and her four children once ate, played and slept.
She describes that morning as voadona – a crushing of the heart. Already a poor family, they now wear their only earthly possessions. The plot of land was a donation from the local church. And though houses built on that plot are known to have been damaged in past floods, they and four other families took their chances.
Despite many tourist dollars in the region, help for the people who work in and around one of Madagascar’s top attractions has been negligible.
Outside the tent the children gossip and play outside but the adults have a sternness in their eyes. The current situation is unsustainable. They must return to their flood prone plots and rebuild. Foolishly I ask Christine “why?”. She simply replies “Because we have no choice”. (James Ruttle, HoverAid)