Antanandava is a community of 450 people, it is no longer a village of 90 huts because most of them were taken by the river as it rose following the passage of Cyclone Enawo. HoverAid’s survey team were the first people from outside the community to get through. 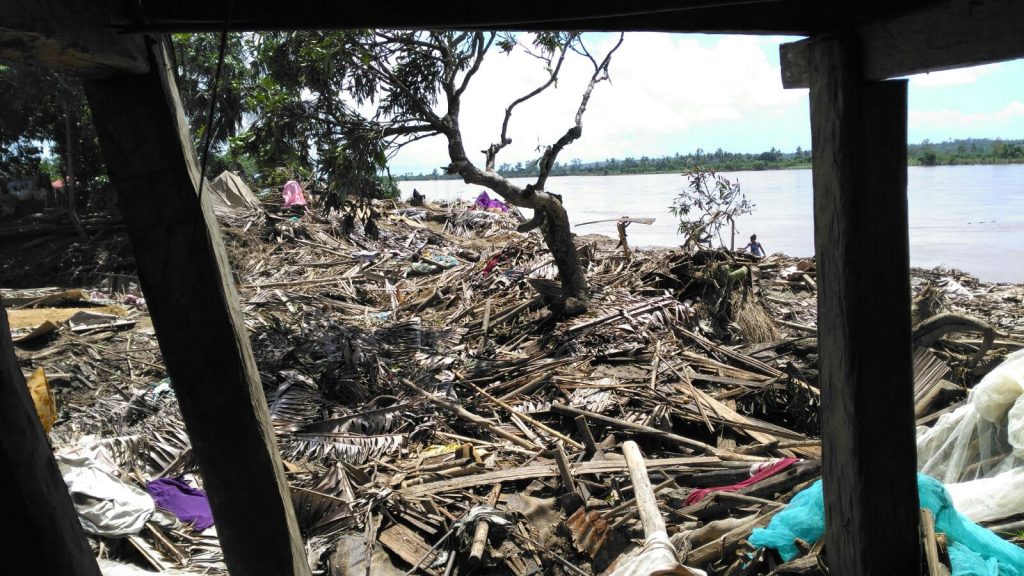 What used to be a thriving fishing village has been swept away.

Ndono stood naked on his roof. He needed to make a decision.
Cyclone Enawo was passing overhead. The warnings had been clear and he had shuttered their windows and prepared for a sleepless night.

Situated on one of Madagascar’s principal roads, in the crook of a bend in the river, Brickaville and its residents are used to cyclones. But not this big.

When the elements took hold of Ndono’s single roomed wooden house it was so loud that it became impossible for the family to talk. Through the noise, a strange sound drew

Ndono outside, but instead of his back yard, his foot hit water – cold water. The river had burst.

Ushering the family to the nearest hill, Ndono lashed the house shut with ropes and then climbed, “ninja style” to his roof, to guard against looters.

Hours passed. The water rose, literally tearing the clothes from his body. Concerned about his family, he swam down the main street.

Eventually finding them safe, he returned to his lookout post until the cyclone passed.
At its peak during Cyclone Enawo, the river stood 6 METRES above its normal level.

Ndono’s response saved both his family and their possessions from the water, but his pressing need now is for other water. Drinking water. 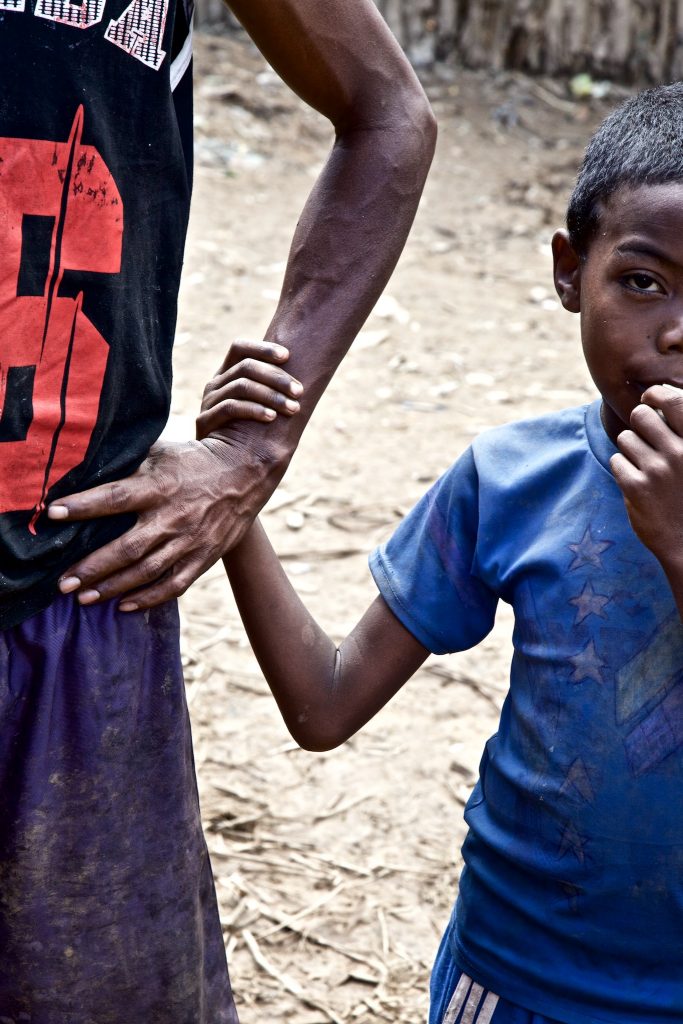 Davide clutches his fathers arm while Ndona recounts the events of the night Cyclone Enawo struck.

Emergency relief is always complicated – everyone is desperately trying to survive and that means people try anything. Initially our survey team headed north towards Lac Alaotra after hearing from one district leader that towns had been destroyed. It turned out that this simply wasn’t the case – the Mayor was really after a hand out, and was very surprised to hear our survey team had been to check. There are stories of heroism (like Ndona) to balance against the less heroic.

We do all we can to act wisely with the funds with which you have entrusted us in responding to a very dynamic and often confused situation. It ws for that reason that we prioritised a survey phase initially – however that part is complete and now we are able to help communities along the Rianila River who are genuinely in very great need. Please continue to support our appeal and help us reach the unreachable.