Cyclone Enawo made landfall in Madagascar on Tuesday as a Category 4 cylone, killing three students, and remained centred in the north of the island over much of the ensuing 24 hours dropping a vast amount of rainfall. The main focus of NGO attention is in the North East and around the town of Maroansetra. This can be reached by boat along the coast however the main RN5 road has been washed away.

HoverAid will instead be focussing on the North West which is receiving far less attention. Two towns in particular look extremely vulnerable to flooding as water flows down off the mountains over the coming days: Mampikony and Befandriana are both located on flood plains and received the worst of the cyclone rainfall.

Beroroha where we have a forward base and a hovercraft stationed on the Mangoky River in the South has recently recorded its highest water level and the remnant of the cyclone is currently dropping more rain. We will be receiving an update from there shortly.

Please support our appeal and make a donation if you can
www.uk.hoveraid.org/news/ 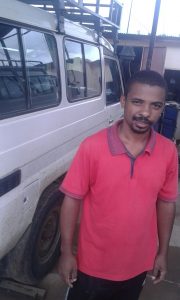 Hovercraft Pilot Jose Andrianariliva has spent two days getting back from Mahajanga – we are now servicing the Land Cruiser so we can send the team back to the North. Jose has been in the field for the past two months and deservedly was pretty exhausted having outrun the Storm. We’re glad he made it back safe and sound.

Jose has been with us for over ten years and is our most experienced hovercraft pilot so he will be getting some well earned rest over the next couple of days. He did really well to get the vehicle back quickly.

Thank you for your support and prayers for Madagascar.
We are doing everything we can to respond quickly but the reality is that for the next 72 hours people will be fending for themselves across the country.
Please hold the people of Madagascar in your hearts today.