Ampasinambo is a rural commune in the district of Nosy Varika, a small very isolated village on the East Coast.   The villagers are experiencing the consequences of Cyclone Batsirai in January. They don’t have enough stock of rice because all the rice fields were destroyed. Everything is very expensive there. Basic supplies have to come from a larger village 100km away – 3 days walk or 7 days by motorbike.

A new gold mining quarry is being built an 8 hour walk from Ampasinambo and the men have gone there to find work. There are quite a few abandoned houses in the village. Gold is valuable but the collectors buy it at very low prices from the villagers.

Soon after our team arrived the local gendarmes brought a man caught for thieving, and shot by villagers, in for surgery. We stitched him up and the gendarmes took him away to jail awaiting a court appearance.

The MMS started the following morning with the team Pastor leading a short service followed by speeches and presentations from the team. 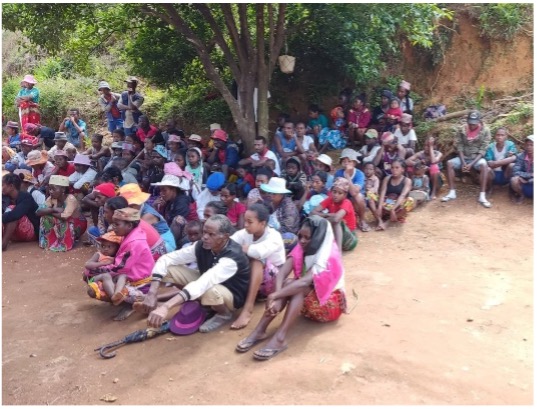 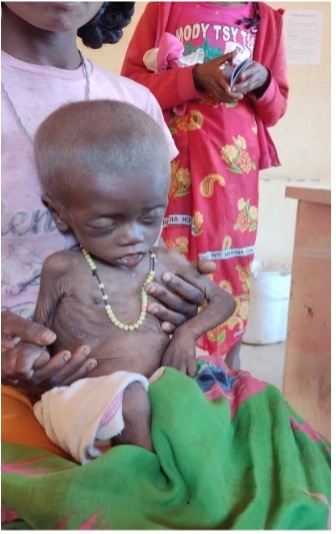 Lambert, aged 33, has severe acites, causing his stomach to be full of water, his feet and face to swell, and breathing difficulties. The surgery team hospitalized him and performed a puncture to evacuate a little water from his belly. Lambert has heart problems too so this had to be done very carefully. The surgeons were able to evacuate 4 litres of water from his belly.

2-year-old Rafale was brought in totally dehydrated with severe malnutrition, unable to open his eyes or hold his head up, walk or even sit up. He weighed 2.5kg, and his mother only 34kg. We gave him a drip to rehydrate, then vitamins and antibiotics. We also gave his mother an infusion. Rafaele was then kept in under observation. He will need strict medical follow-up.

A seriously ill man with alcohol and stomach problems was brought in. He hadn’t eaten for 2 weeks and was very weak. He was hospitalized, relieved of dehydration by infusion, administered antibiotics and anti-inflammatory drugs intravenously. Unfortunately he died on Friday morning.

There was some encouragement though. We met Emeldinah, who had been MEDEVAC’d in 2019. She is in good health.

Because of the hot climate there, cultivation of remaining crops has started, so many people were away from the village and unable to bring in sick family members. We believe many more there need medical help.

On the flight back there were many people waiting at the Nosy Varika stop-over, as they hoped that we were going to have an MMS there. The needs are great. 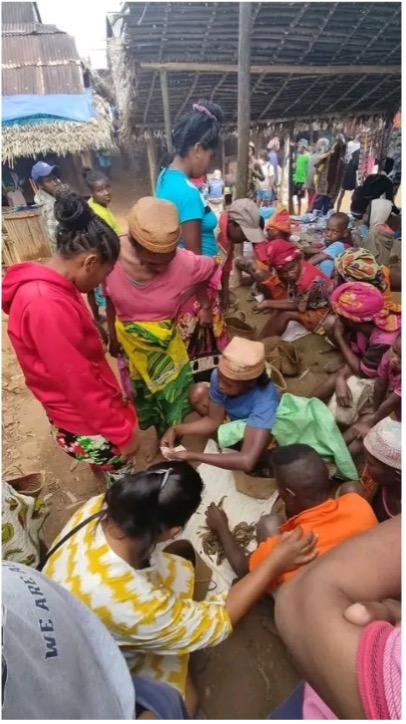